As you can see, Safford K-8 Magnet School used to be very different.  Our school has been standing for quite a while now!  The school was originally built in 1888 and was called "The Plaza School."

In 1904, The Plaza School was officially renamed Safford School, in honor of former Governor A.P.K. Safford.  Visit the A.P.K. Safford page.  Years later, in 1917, the school burned to the ground.  It was rebuilt within the year and was opened in time for the 1918-1919 school year.  Governor Safford's picture still hangs in the school's lobby today!

A special collection of Safford historical photos and postcards is included in the slide show!  Also, be sure to check out our special webpage made in memory of Joseph Wegerer, a Safford student from 1915-1920!  Visit the Joseph Wegerer historical page.

The picture from 1919 and the one now are very different, as you can see. It had a wooden fence and old cars used to park on a street that used to exist in front of the school.  There is no grass in the 1919 picture and now, it's just the opposite!

You're probably still wondering about the cars parked in front of the school, right?   Well, it's true.  That road (Fifth Avenue) passed in front of the main building and connected 13th Street to 14th Street.   It was even part of the original Tucson parade route!  Now it's just a sidewalk that goes to other Safford buildings. Also the schoolyard has also changed.  It now has a green grass field during the fall and spring instead of a dirt road.

Those aren't the only things that have changed...Because in 1965 down-town Tucson had only one major building.  That one building is now the blue building.  But today we have three major buildings.  Quite a difference... Armory Park, however, has always been there. You can't see the arch in the 'now' picture, but the trees clearly give it away in both pictures.

While the school has changed, so has the dress fashion.  The girls used to dress in knee-high skirts and formal shirts, while the boys wore neat and formal clothing.  Check out the way our students dressed back in 1903 in The Plaza School's Third Grade photo! included in the slide show.

Some of our various sports teams over the years can be found in the slide show as well.  Some of our many trophies were won by many of these players.  Some sports are no longer played in TUSD middle schools, such as swimming, hockey, football, and cheerleading.   However, a number of them continue to be played.  For example, there are still soccer, track, basketball, and volleyball.

Also pictured in our slideshow are the cheerleaders that Safford had long ago.  In the first picture, you can see how different their uniforms used to look, from the way they appeared afterward.  They are so different now that we don't even have any..... And the second picture, those cheerleaders are standing where now is Safford's second building.

Pictured in our slide show are some of Safford's students on a field trip and learning about horses.  That's one of yesteryear's activities, but now we learn about all the new and current technology.  Some classes we have now are computer skills, technology, meteorology, and lots more.  Very different from what they learned back then...

There are still many more additions that will be included in future updates.  Please check back soon!  Also, if you previously attended Safford and would like to share old photos and/or stories with this web page, please contact us by email.  We would LOVE to hear from you!

A Walk Through Time: The History of Safford K-8 School 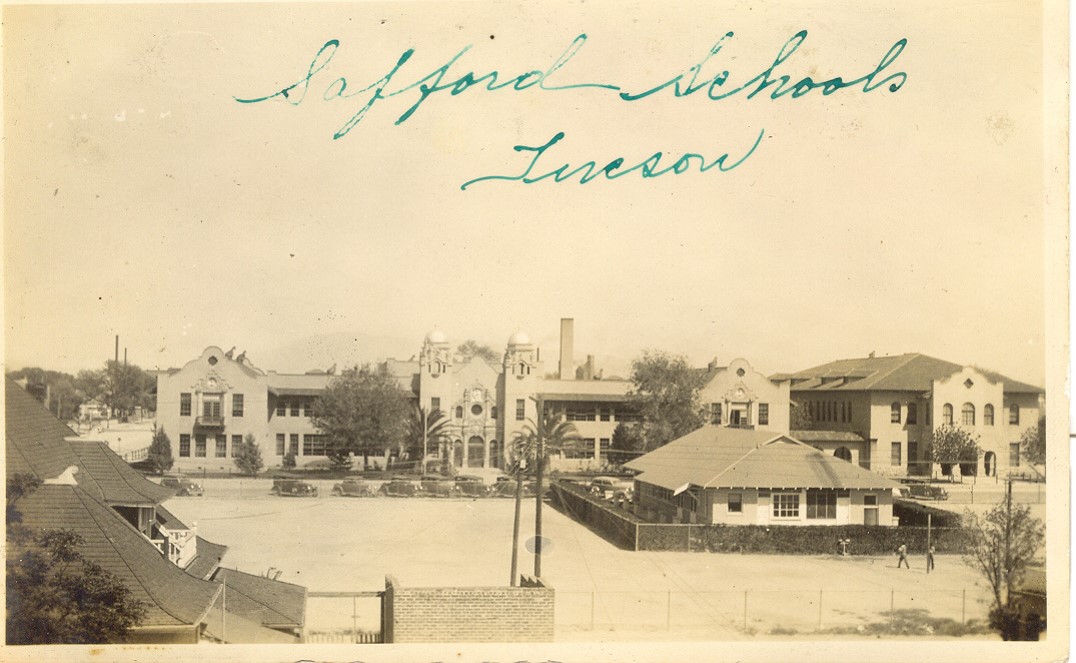 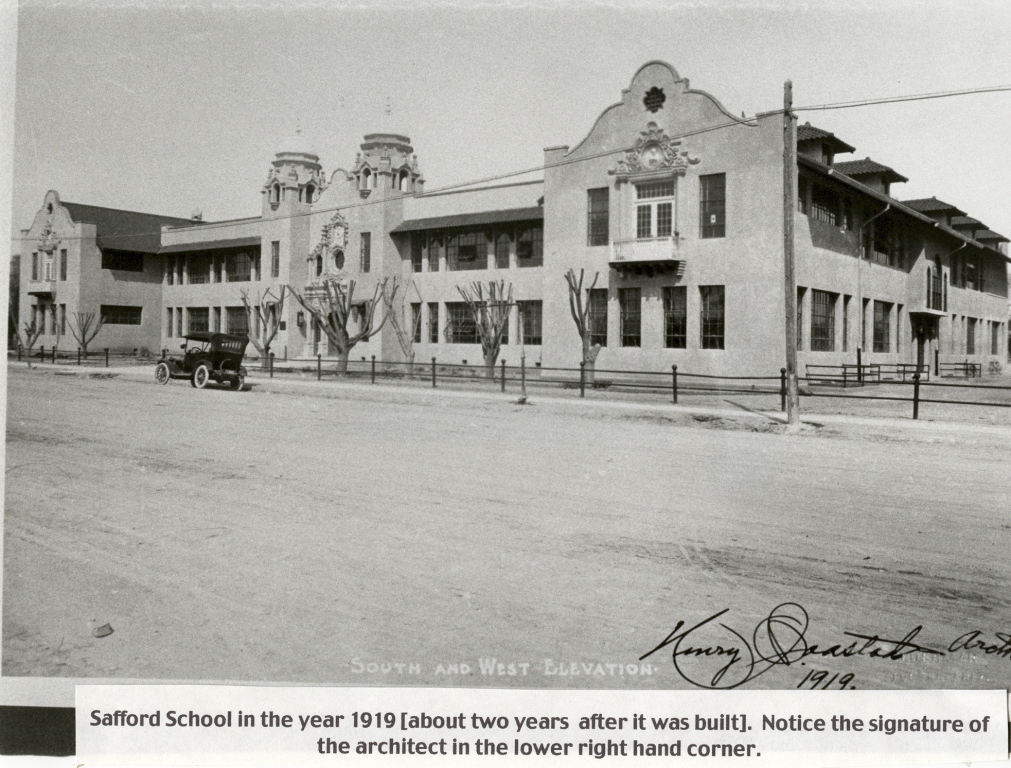 ...and the way that Safford looks today! 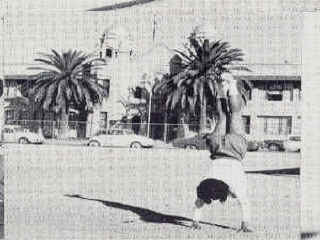 Safford school when the street was in front... 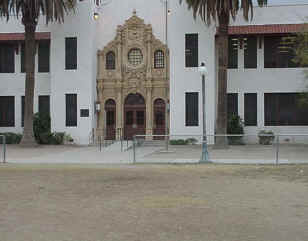 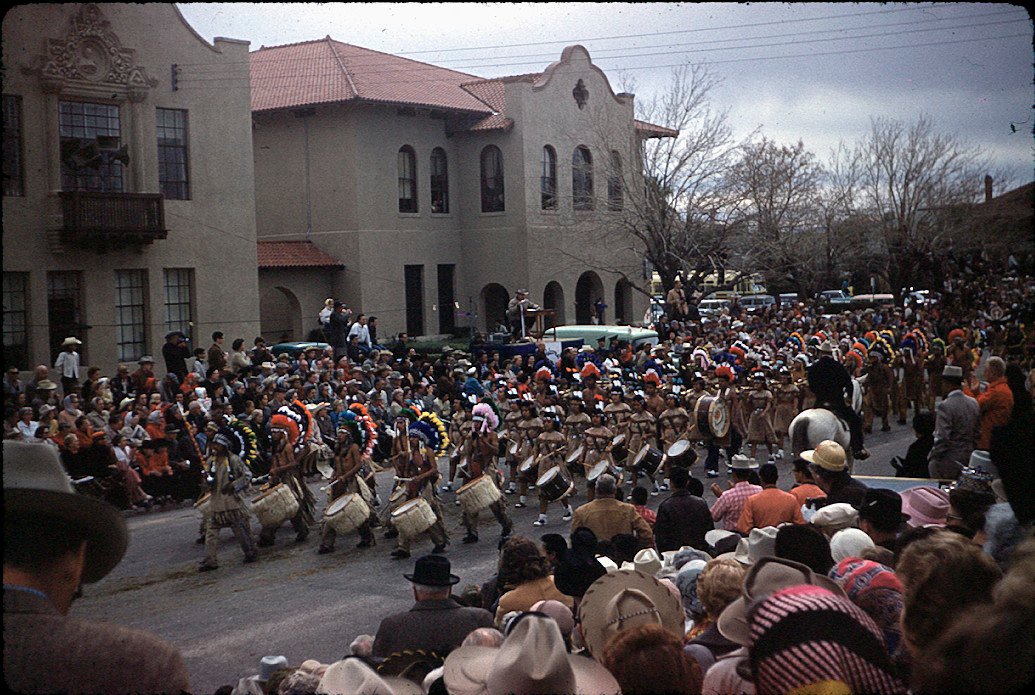 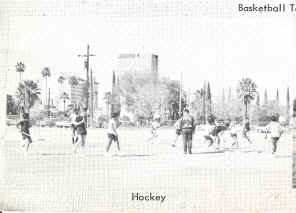 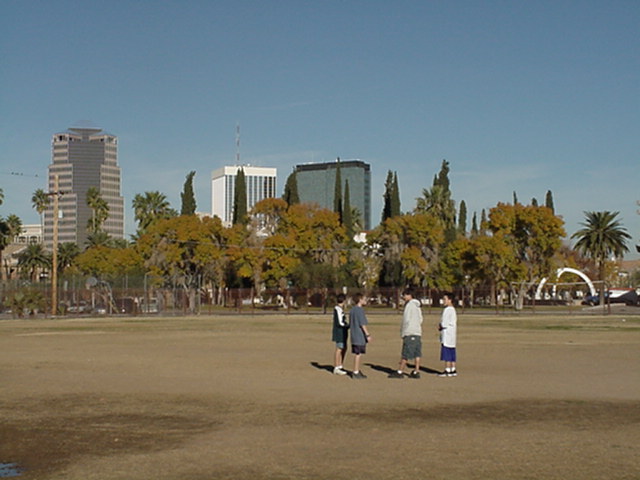 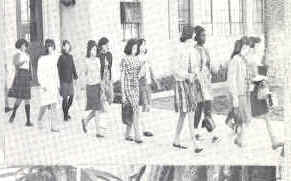 Check out the knee-high skirts of the 1960s! 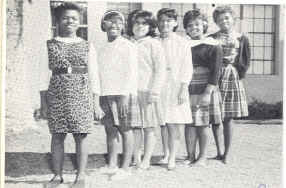 Oh, how the fashion has changed! 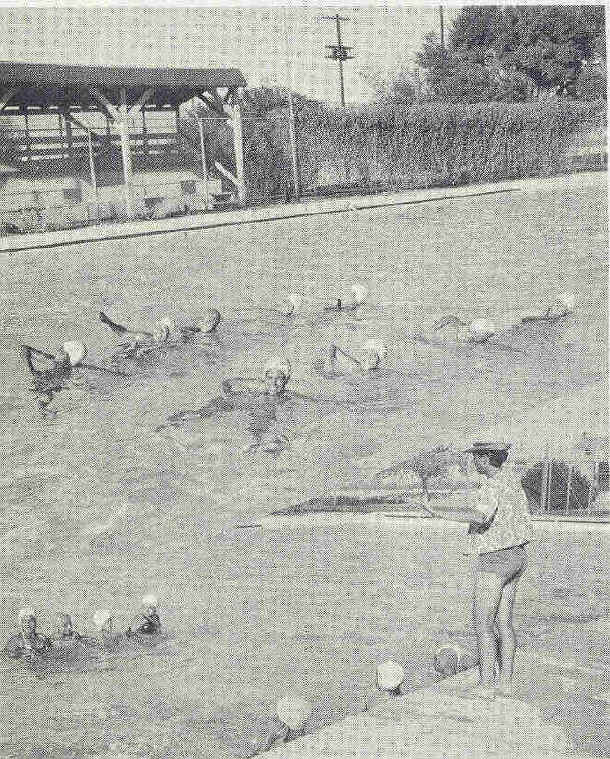 Swim Team from the Past 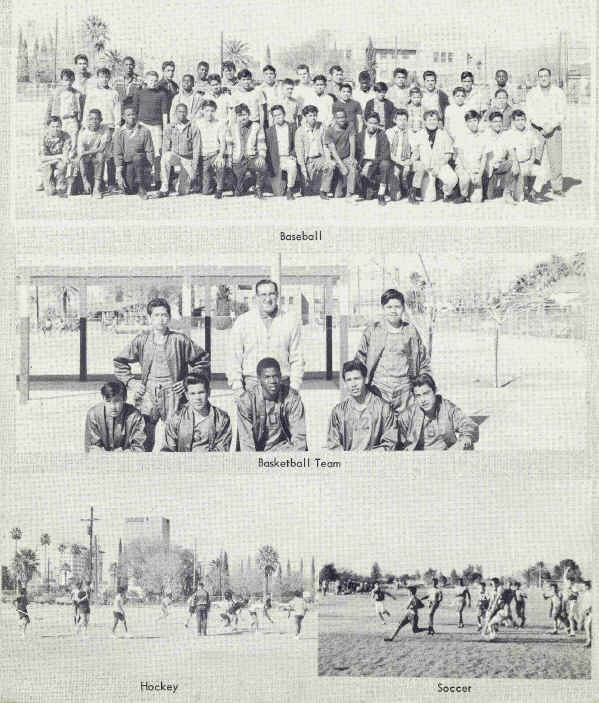 Here are some of Safford's past sports teams! 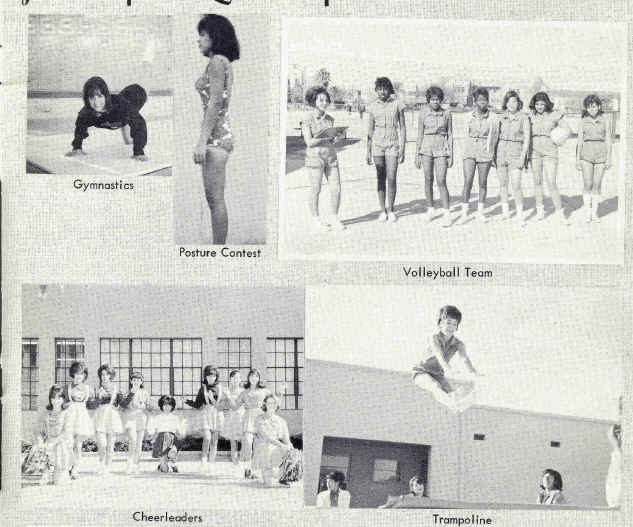 Here are some more of Safford's past sports teams! 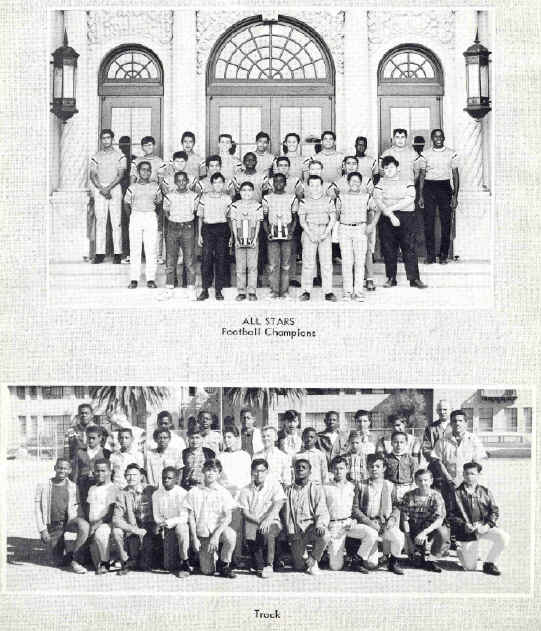 Here are even more of Safford's past sports teams! 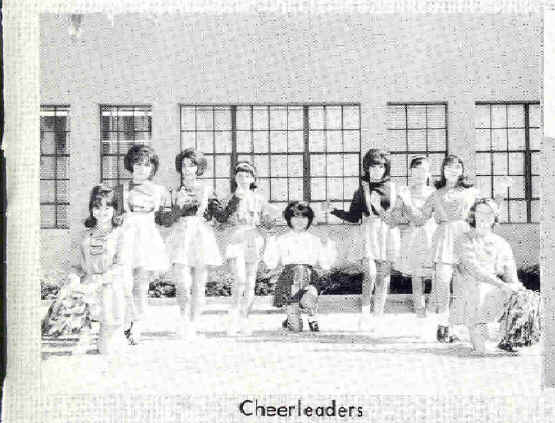 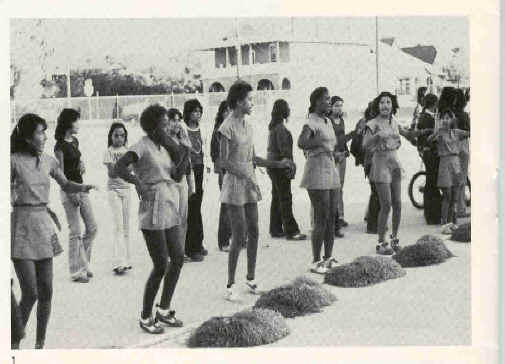